What to Make of Our News Cycles 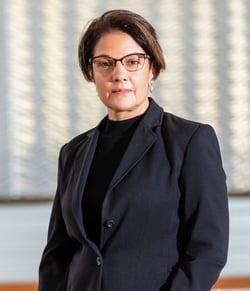 On June 1, 1980, the world of news, as we knew it, was forever changed. That is the day that CNN News cable network was launched with its much-ballyhooed platform of 24-hour news, 7 days a week. It’s said that “Ted Turner's CNN revolutionized television news with its non-stop coverage of the Gulf War and its 24-hour news cycle.”1 Today that sounds funny, but back in the day, our news came in the form of daily newspapers (The Washington Post, USA Today, Dayton Daily News, The Journal Herald, etc.), news magazines (Time, The Economist, etc.) or the evening news report from the likes of Walter Cronkite, Peter Jennings or David Brinkley. Ted Turner, unwittingly I assume, opened the door that led the way to the likes of Rupert Murdoch and his Fox News channel as well as several other cable news networks including MSNBC, CNBC, Al Jazeera, CBS News, Bloomberg Television, Spectrum News, HLN and the list goes on and on.

With this monumental shift in the 80’s came benefits and negatives. Many of us who grew up pre-24 hour news hold on to the view that we received more unfiltered reporting at that time. We felt we heard reporting that was less subjective opinion, that allowed us to decide for ourselves and formulate responses to events. As a Centrist, I like this middle ground, the objectivity of news. As a scientist, I need more evidence than opinion when evaluating my stance on a topic.

Objectivity in media at least, seems to have been eroded since 1987. The “Fairness Doctrine of the United States Federal Communications Commission (FCC), which was introduced in 1949, was a policy that required the holders of broadcast licenses both to present controversial issues of public importance and to do so in a manner that fairly reflected differing viewpoints. In 1987, the FCC abolished the fairness doctrine.”2 With the end of the Fairness Doctrine began the rise of the biased cable, talk radio, and news networks that we are still hearing from today. This, coupled with the 24/7 news cycle can explain where our nation is today….very politically divided. We respond to happenings based on prior opinions and beliefs, and not the facts or the evidence.

The rise of the internet of course, has further blurred the line between opinion and news. Today many of us receive our news on our hand-held devices, on the internet or just glance at headlines sent to us from AppleNews or some other source each day. Media outlets, whether traditional or digital, track our consumption patterns and pay attention to our clicks and attention. This has led an appearance of less objectivity, as online news outlets focus on what drives people to their platforms. This creates a feedback loop of stories and articles, which damages reporting and accuracy. How do we navigate this maze of opinion and news, and filter out fact from fiction? One fact I keep in mind to help me make sense of my media is that it is by and large a for profit industry, that is driven by advertising revenue. The advertisers therefore certainly have influence in deciding content. Advertising dollars turn on the lights. The lights are on to attract viewers/readers which in turn buy the products that are being advertised. It’s all a very persuasive formula and it has worked since the beginning of news reporting.

In today’s world where corporations are more conscious of their social equity and image, that has taken media in interesting directions.

The second fact I keep in mind is that my time is precious. With proliferating media choice, and a set 24 hours in my day, the ability to eke out time to watch, read or listen to the news seems to be ebbing. I try to ask myself if I’m truly better off plugged into a 24-hour news cycle on my screens – large or small. I do know that as a centrist, I strive to filter out the signals from the noise in order to make my decisions on how I would like to respond – be it with my opinions, my pocketbook, or more importantly, my vote. I hope that you have your ways to make sense of our news cycle as well.